Today certain New Thought "Transdenominations" place Abrahamic texts in the heart of their teachings and some refer to them as the foundation of their spiritual path. Jewish Science was formulated by Rabbi Alfred Geiger Moses of Moblie, Alabama, who produced a book titled: Jewish Science: Divine Healing In Judaism There is at least one group extant which still teaches the Jewish Science New Thought path.

First and foremost is the Universal Foundation for Better Living (UFBL). "UFBL Believes in the Bible. We do not say that it is the inerrant word of God, but that in its pages one may find universal truths to unearth, study, and apply. The Bible is a witness to dependence on God as our only deliverer and a proponent of the Spirit-led life. Jesus the Christ is our Way-shower."

The Divine Science "Transdenominations" is not firmly entrenched within the Abrahamic School of Thought, defining "the Bible as the book of Life, the story of man's search for God." Divine Scientists study the bible as ameans to "to trace the development of man's concept of God as it is revealed through the medium of human experience." Thus for Divine Scientists the bible provides a means to understand the unfolding consciousness from its lowest level to Christ consciousness. This definition could open the door for Divine Science to blossom sometimes in the future. At this point Divine Science has gone from being the largest New Thought Organization to having only 13 or 14 Centers.

Some members, of the Affiliated New Thought Network (ANTN) are centered within Abrahmic Thought. Those Members of ANTN that embrace the Abrahamic School of Thought to the point of calling themselves Christian New Thought are generally referred to as Alpertists. This is because they turn to a man named Alpert to define their spiritual path as "The Christ" or Divine Principle: The Perfect-God Conscious human. The true Spiritual HIGHER SELF of every individual. Albert went on to define his beliefs that "Jesus the Christ was the Way Shower, the Teacher, the Awakened One, The GREAT EXAMPLE, not the exception. Jesus knew His Divinity. God in Him did all the healings and teachings. He was fully God Conscious; He was THE CHRIST (GOD) in form."
Yet it should be noted that Alpert's statements about Christ are all in the past tense. Thus it could be that he is conveying a concept that Christ is a past example and not a present one. As indicated above, not all members of the Affiliated New Thought Network are Abrahamic.

Since New Thought is an inclusive Spiritual Path, Abrahamic Thought has an influence on most, if not all New Thought Forms. Thus far we have not found any New Thought groups that refer to Mormon or Mohammedan texts as their foundational texts.

All of New Thought operates on the partnership paradigm which has been wonderfully illuminated by Riane Eisler. The existence of Abrahamic New Thought supports the truth that Universal Spiritual Principles are an essential component of the religious thought forms which are encompassed within Abrahamic Thought.

The journalists submitting this information do not feel that Alpertism generally defines the beliefs of all members of the New Thought denomination caling itself the "Affiliated New Thought Network."

There are many wonderful New Thought organizations with diverse root texts and a variety of approaches to those texts and distinct methods of teaching.

Explore different New Thought beliefs and choose the approach that best suits you. While we are aware that the majority of people who choose the New Thought Path do not find a New Thought Community that suits their sensibilities, we encourage you to visit the different centers.

The basic premise of New Thought is that which is Divine is Good and Omnipresent. New Thought is based on Universal Spiritual Principles as demonstrated and taught by historical figures such as Buddha, Danika, Lao Tzu, and Jesus the Christ. It is understood there are many "Wayshowers." The strength of the teaching of a particular Wayshower is demonstrated through the consciousness and actions of the followers of that path. The adherents of each spiritual path are collectively responsible to the rest of humanity and all life to insure that the expression of their path is not abusive or violent nor violates the rights of other beings.

As mentioned above, New Thought is inclusive and draws on the wisdom of all traditions that teach the truth of our Unity with God/Good and the omnipresence of God/Good.

Explore the Rainbow of New Thought Beliefs / Discover your Truth!

This is an independent open source New Thought Resource

Use of New Thought Resources are subject to the Terms

We are not affiliated with old New Thought Transdenominations: Neither United or International Centers for Spiritual Living, nor Unity, DivineUnity, UFBL or Divine Science. We serve all New Thought Communities regardless of their affiliation or independence.

We serve all Science of Mind & Religious Science Centers including those calling themselves Centers For Spiritual Living regardless of their independence or affiliation.

Serving New Thought provides support to all New Thought Communities regardless of their independence or affiliation.

Use of these Resources are subject to the Terms

When coming to a New Thought Center, we trust you find:

Discover a rainbow of exciting New Thought Communities around the corner and around the globe.

A Powerful Collection of Spiritual Resources

We give you a powerful platform upon which to do God's Work learning and sharing New Thought:
DivineJournal.com, NewThoughtCommunity.com, NewThoughtTao.com and many more ...

Use DivineJournal.com to Research, read & write New Thought Texts which you can share through NewThoughtBook.info.

New Thought Day was declared by James Edgerton on August 23rd, 1915
During research while expanding the free New Thought Library, one of the ministers came across an interesting quote from early New Thought Alliance President James A. Edgerton: "'The truth, once announced, has the power not only to renew but to extend itself. New Thought is universal in its ideals and therefore should be universal in its appeal. Under the guidance of the spirit, it should grow in good works until it embraces many lands and eventually the whole world.' ~ , 1915."

A growing collection of resources supported by a vast and expanding team of volunteers around the globe. 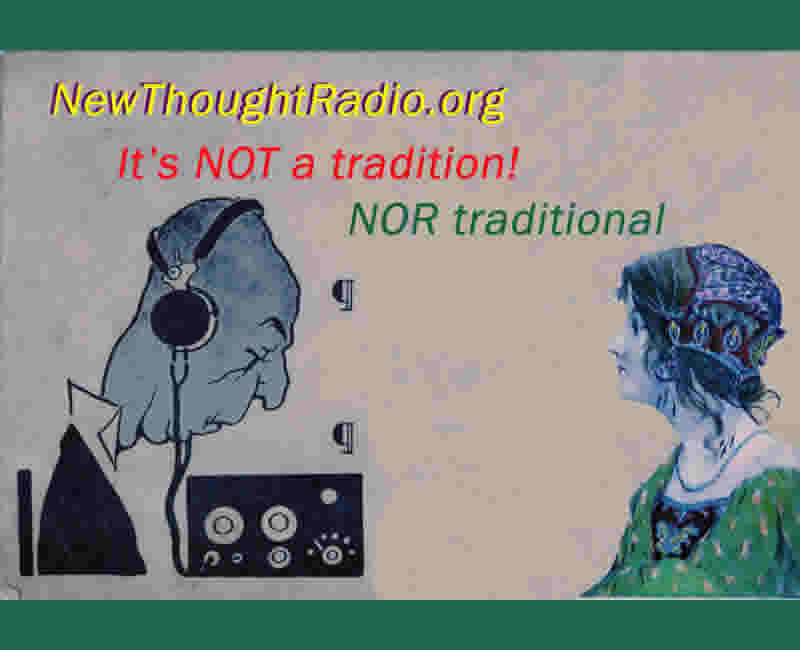 Listen to New Thought Radio broadcasts from the New Thought Streams PodCast Archive, along with a growing collection of New Thought Music directly from New Thought Artists around the world.

"'The truth, once announced, has the power not only to renew but to extend itself. New Thought is universal in its ideals and therefore should be universal in its appeal. Under the guidance of the spirit, it should grow in good works until it embraces many lands and eventually the whole world.' ~ James A. Edgerton, New Thought Day, August 23rd, 1915."

Be as water, as you are ...
The New Thought Tao

New Thought Solutions for New Thought Sharers and New Thought Communities. Empowerment programs that awaken us to the co-creative "Power of We." Grow and thrive sharing a rainbow of New Thought wisdom with the world.

Contribute to the Growth of the Library

To Build A Powerful Platform, begin with in.

In-tegrity begins within, the path walked without fear. How do you Walk Your Talk? Join us on New Thought Radio as we discuss New Thought Ways and Walks